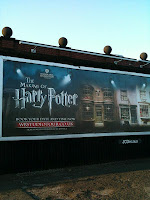 WB STUDIO Tour;
Promotional posters for the tour have gone nationwide in England it seems with fans tweeting images from Birmingham to Manchester to London itself. Here,here and here are some of the picture RT’d by the official twitter. 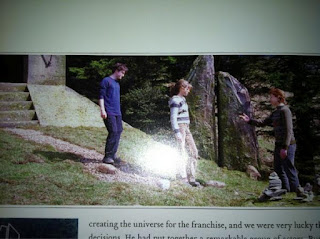 NEVER BEFORE SEEN PRISONER OF AZKABAN SCENE;
Snitchseeker are campaigning for a never-before-seen scene from Prisoner of Azkaban to be released officially. The scene involves the trio outside of Hagrid's Hit and cna be seen left.
Posted by Admin, Niamh, Danaholics Anonymous at 8:37 PM