Snitchseeker posted the trailer for the upcoming Nickelodeon Kids Choice Awards in which Daniel Radcliffe and Harry Potter are nominated.
Below watch as Dan gets the honourary sloshing with goo! 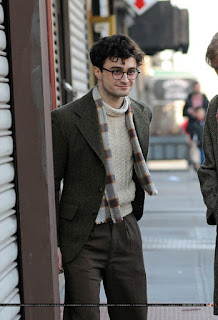 In more appearance considerate news, Dan was to be seen filming on the New York street yesterday donning specks once again.
DR.COM posted the first on-set pictures of Dan which can be viewed here. Left is just one tasty treat!!
DR.CO.UK updated this news with a video of Dan filming the movie and talking about his first new film role since Woman in Black. ENJOY! 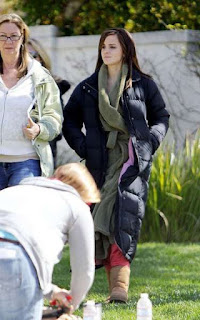 EMMA WATSON was also spotted beginning to film 'The Bling Ring' and snitchseeker nabbed some FIRST on-set images.Left is just one.
Posted by Admin, Niamh, Danaholics Anonymous at 5:59 PM