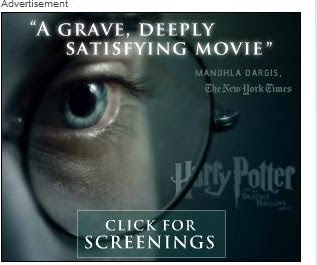 Leaky Cauldron are reporting that Harry Potter and the Deathly Hallows Part 2 has received the website Rotten Tomatoes highest honour, and honours come rare on this criticising website, that of Golden Tomato. This means that they have been voted Best reviewed.
Magical Menagerie were first to note the Baftas Longlist as regards to Harry Potter. They are reporting that Deathly Hallows Part 2 and it's actors are longlisted for 11 awards at the highly acclaimed British Awards, most notably for Best British Film. Check out the list as laid out by the leading site, below;

The cast members of the series are also up for some awards:

Finally, The Childrens Baftas Website has posted some new material regarding Leavesden Studios as reported on by The WbStudioTour twitter. Check out the videos at the links below including a sneak peek and some interviews with the Weasleys.
http://bcove.me/2pawj6p6
http://bcove.me/5ptyfb55
Posted by Admin, Niamh, Danaholics Anonymous at 1:32 PM