DANIEL RADCLIFFE NOMINATED FOR AWARDS FOR HOW TO SUCCEED! 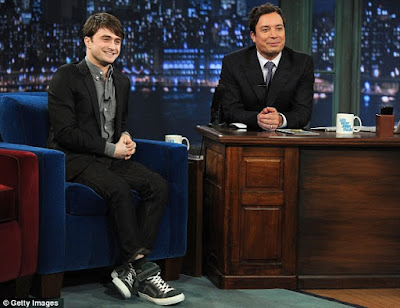 "Dan has been nominated for several awards for his portrayal of Finch in How to Succeed in Business Without Really Trying, including:

• The Fred and Adele Astaire Awards for Best Male Dancer (to be given out May 15, 2011)
• The 77th Annual Drama League Awards for Distinguished Performance Award (handed out Friday, May 20, 2011)
• The Outer Critics Circle Awards as best actor in a musical (revealed on May 16, 2011"