Tom Felton Roundup - Murder in the First, From the Rough Trailer and DVD, Cast in Clavius 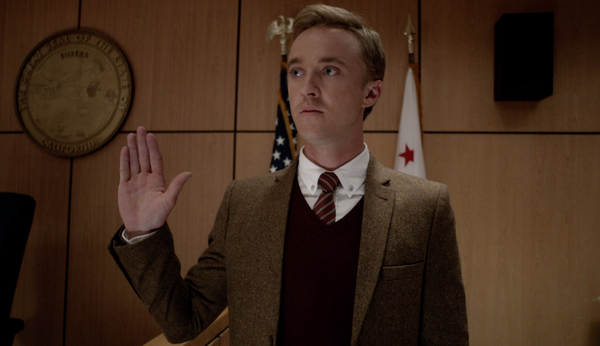 Have you all been watching Murder in the First? Isn't it exciting! With the season finale this coming Monday I'm wonderingwhat are your thought on how it will end, what were your initial thoughts on suspects etc. Be sure to share them in the comments!
#MurderintheFirst http://spr.ly/6012mMk8  *spoilers*


In other Tom news, he has been cast alongside another Fiennes, this time Joseph in first century epic film Clavius. The synposis is as follows:

Clavius is told through the eyes of an agnostic Roman Centurion (Fiennes) charged by Pontius Pilate to investigate rumors of a risen Messiah and locate the missing body of Jesus of Nazareth in order to subdue an uprising in Jerusalem. Along the Centurion’s high-stakes mission, his doubts of such a supernatural occurrence are challenged as he encounters the Apostles and other historical characters while piecing together the mysterious events that unfolded after the crucifixion.

Please note that is is unclear who Tom will play.

Finally some news on the Tom release front - a new trailer was released of golf drama From the Rough (below) and some details were revealed of it's upcoming release. The details are as follows: the DVD and video on demand release in the US is set for the 2nd September.