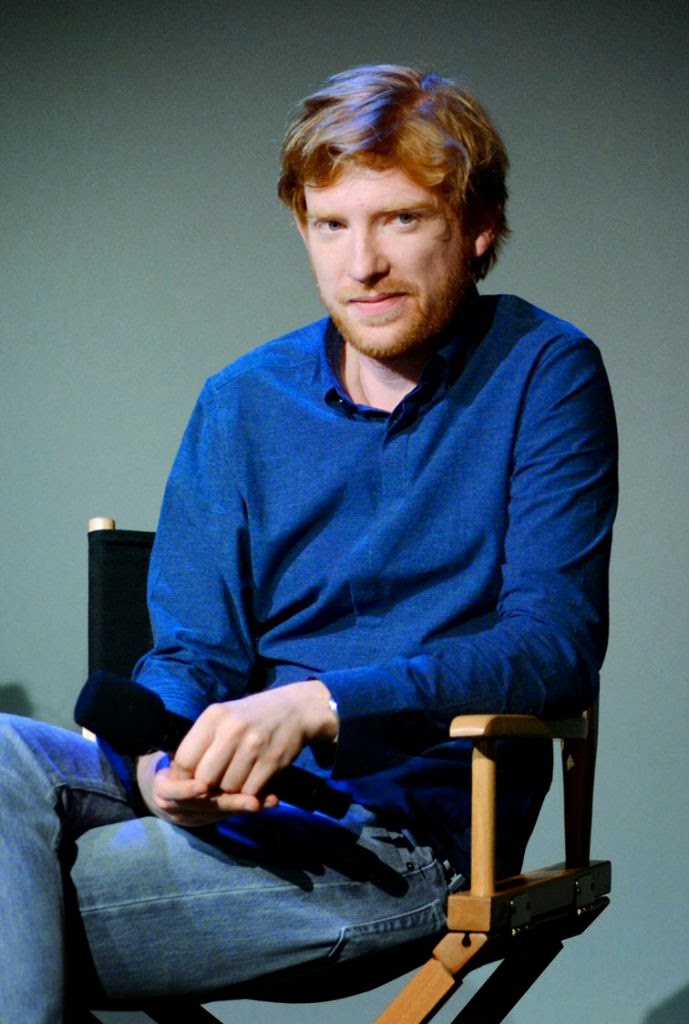 With dad's film Calvary having a good opening in the US, Domhnall is most likely hoping for the same with Frank as he promotes it in America. While promoting the film, which has a release date of 22nd August, he spoke about not being able to speak about Star Wars. The actor joked:
“There’s a guy in that window out there with a sniper rifle trained on you and another one that’s trained on me right now and they can hear every word we’re saying, and if you ask a question that disrespects the NDA there’s just going to be a *poof*’”

Then went on to say:
“When you walk from your trailer to the set — you’re in Pinewood Studios — you have to put on a big, black cloak thing to cover all of your clothes, like full length, ’cause they’re worried about people seeing costumes and stuff. It’s crazy,” he said.


In other news, Domhnall has been cast in the period film The Revenant opposite Leo DiCaprio and Tom Hardy. The synopsis is as follows:

From Michael Punke’s novel by Mark L. Smith and the director, The Revenant follows an ill-fated fur trapping expedition to chilly 1820s South Dakota. Hunter Hugh Glass (DiCaprio) is mauled by a bear in the harsh climate, and his companions leave him for dead. To add insult to injury, two men are assigned to bury what everyone assumes is his dead body. But the greedy pair decides to rob him and leave him helpless instead. Glass recovers, and swears bloody revenge...