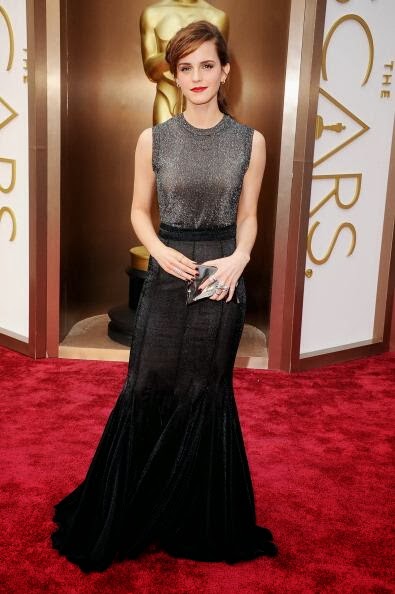 With Awards season in full swing, (and over last night with the Oscars last night in some people's minds) most people either forget or are unaware of the humble IFTA Awards. The Irish version of the Baftas, the awards show is in its 11th Year and has hosted international stars from Kim Catrall to Mel Gibson to our own Voldemort Ralph Fiennes. This years event honours, as always, the best of Irish talent and subject matter, and both Brendan Gleeson (Mad-Eye Moody) and Domhnall Gleeson (Bill Weasley) are nominated for the Best Actor award:

On that note, I return, of course, the the less than humble Oscars that occured last night in Los Angeles. Emma Watson(above left) was in attendance to present Best Visual Effects alongside Joseph Gordon Levitt, which they ended up presenting to the film directed by Emma's former director (on Prisoner of Azkaban) Alfonso Cuaron, Gravity . Cuaron picked up Best Director and Best Editing for his recent blockbuster.

Also on the note of Emma Watson, 5 new Noah promos featuring her can now be seen here.
Posted by Admin, Niamh, Danaholics Anonymous at 6:03 PM