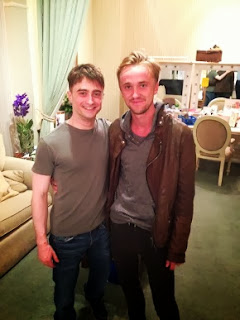 Feltbeats are reporting that not only have the dates for the premiere and screening of his two film Belle and Therese, which are both to appear at this year's Toronto Film Festival, been released, but Tom Felton himself is to appear at both premieres! They revealed the dates which can be seen below:

This news alerted us to the location of the line-up, which we knew was being released online, so therefore we can also reveal the dates for the premiere and screenings of Daniel Radcliffe's three films; Kill Your Darlings, Horns and The F Word. Furthermore we can also confirm Dan's attendance at the premieres of all 3! 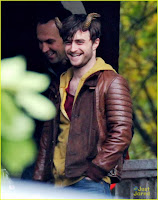 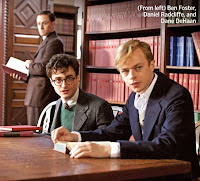 
The picture above right is a new Kill Your Darlings promo from Entertainment Weekly, courtesy of Dr.co.uk.

Finally, Alan Rickman will also attend. Bonnie Wright's The Sea will screen on Saturday September 7th at 5pm in the TIFF Bell Lightbox 2, Sunday Spetember 8th at 10pm in the Scotiabank 8.
Posted by Admin, Niamh, Danaholics Anonymous at 2:15 PM