CBGB to Premiere on DirectTV, Win Tickets to Horns at Toronto Film Festival 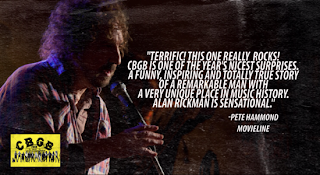 Andre Danylevich (the producer) tweeted that CBGB,starring Rupert Grint and Alan Rickman, is to be available ON DEMAND on DirectTv from September 5th!

DIRECTV CINEMA® is giving customers exclusive access to experience the birth of American punk rock music with the film CBGB, directed by Randall Miller and starring Alan Rickman (Harry Potter franchise), Malin Akerman (Watchmen), Ashley Greene (Twilight franchise) and Rupert Grint (Harry Potterfranchise). The film will premiere on DIRECTV CINEMA Thursday, Sept. 5 and air through Oct. 2, prior to its theatrical release on October 11, 2013.
CBGB looks at New York’s dynamic punk rock scene through the lens of the ground breaking Lower East Side club started by eccentric Hilly Kristal (Rickman) in 1973 originally as a home for “country, bluegrass and blues” (thus the club’s name). When it proved impossible to book the likes of Conway Twitty on The Bowery, Hilly opened his doors to local talent making CBGB a forum for American punk and New Wave bands like The Talking Heads, Patti Smith, The Ramones, Blondie, The Dead Boys, The Runaways, Green Day, Soul Asylum, Tool, and thousands more before closing its doors in 2006.

CBGB will be available in 1080p HD (Blu-ray quality) for $10.99 and in standard-definition (SD) for $9.99. For more information on the wide variety of films available on DIRECTV CINEMA® please visit directv.com/cinema. 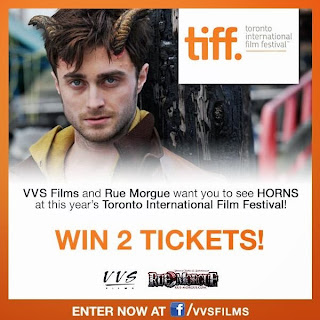 In other news, Daniel Radcliffe's film Horns is premiering at Toronto Film Festival and VVS Films want to give you two free tickets!!
Enter here.