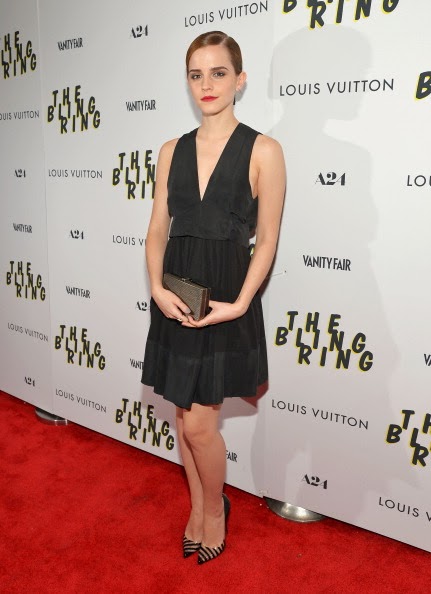 Snitchseeker are reporting today that Emma Watson attended the New York Bling Ring premiere. An image from the event is left and more can be found soon in our Emma album.

In other Bling Ring stuff, new promos and the featurette below were released recently. The promos can also be found in the Emma album.

Finally an interesting quote emerged from the actress recently, hinting that she may be following Daniel Radcliffe and Bonnie Wright into the stage:


"I'd love to try theater. I've never done it before. I did some theater at Brown. I love the camaraderie of a theater group," says Watson. "As soon as I graduate, that's my next (thing)," says Watson.