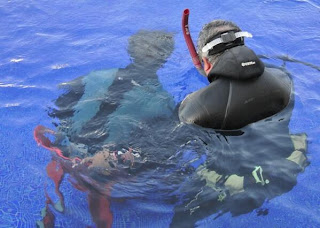 Tom Felton has been cast in Ghosts of the Pacific and is currently on Day 2 of shooting:


We are thrilled to announce our cast - @garretdillahunt, @tomfelton, & @MrJakeAbel. Welcome to the South Pacific, men!

Yesterday, Tom shot a scene underwater and a picture of this can be viewed left.

Due to this new schedule Tom has had to cancel two convention attendances in Canada:

Sadly @TomFelton not able to attend #CalgaryExpo due to scheduling conflict BUT still lots of awesomeness planned! http://ow.ly/jRpkE

In other cast news, Matthew Lewis' very first Post Potter film The Sweet Shop saw  some light on Friday, finallly! MatthewLewis.COM picked up on the story first but the company behind the film posted this info of the showing: 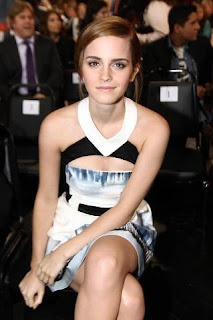 Finally, more and more promo for Emma Watson's upcoming The Bling Ring is emerging online.  Snitchseeker reported ten new promotional pictures the other day, all of which can be seen here and the official twitter posts new ones all the time, so follow them here to see! Emma at the MTV awards the other day where she won Trailblazer, is left.

If you live in America you can view a video of Em and cast below: