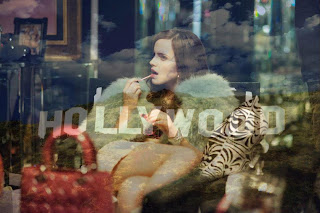 Emma Watson just won an award so this must seem like her time! Bling Ring has just been announced as the opener film for the Un Certain Regard 2013 at the upcoming Cannes Film Festival:


Un certain regard (French pronunciation: ​[œ̃ sɛʁtɛ̃ ʁəɡaʁ]; a certain glance or a particular outlook) is a section of the Cannes Film Festival's official selection. It is run at the salle Debussy, parallel to the competition for the Palme d'Or.

This section was introduced in 1978 by Gilles Jacob. Each year, it presents a score of films with all kind of visions and styles; "original and different" works which seek international recognition.

Fingers crossed for the film to win! This also means that lucky people will get to see Bling Ring almost a month early as it is to premiere May 16th!
The Cannes Film Festival opens  15th May and runs until the 26th while the film is released June 14th.