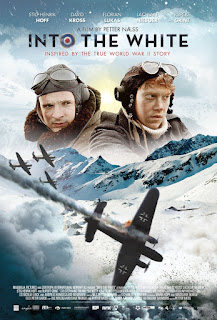 It has been announced that Rupert Grint's Into The White which was released on DVD in the UK as Cross of Honour will be released in US cinemas this coming April, on the 12th. A new poster(resembling the uk release dvd) for the film is available left.

In other long-in-coming post Potter projects, Katie Leung has recorded a mini-series for Channel 4 which will air this March in the UK. Katie has previously discussed the series, entitled Run, with the Daily Mail, snippits from which can be read below:


Your part in Run couldn’t really be more different from Harry Potter.

Katie Leung: Ying’s experiences in those 45 minutes get worse and worse. There’s nudity, there’s a rape – and there are a few scenes which have been cut, such as when Ying sleeps on the street for a night and two teenagers who have been out drinking urinate all over her. It was not very nice.

Did you know much about Britain’s illegal immigrants beforehand?


Katie: It’s a subject that has fascinated me for quite a while. Coincidentally, I did a photography project in my final year at the Edinburgh College of Art, while I was in Wild Swans, and I photographed a few immigrants. It really saddened me because they’re completely ignored by society and yet they’re such an integral part of it. They get a lot of bad press – with the economy today they’re blamed for everything. There should be more compassion for what they’re going through, because, at the end of the day, they’re just trying to pay their bills. 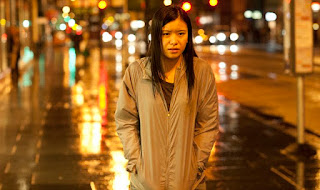 An image from the series is above and the story is from Snitchseeker.