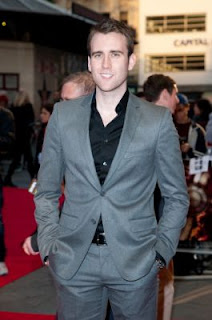 Wasteland is having it's UK premiere tonight in Leicester Square, and there will be a Q&A so stay tuned for more. We do not know whether Matt is attending tonight.

UPDATE:
Matt has indeed taken his night off from Our Boys to attend the BFI UK premiere of his first (release-wise) post-Potter flick Wasteland. MatthewLewis.COM posted some images of the star, one of which can be seen left. More of the leeds native and his fellow Wasteland cast can be seen in ML.COM 's gallery here.

UPDATE 2:
Red Carpet News have posted a video of their interview with Matt which can be seen below:

Rupert is to narrate a new 25 minute programme that asks 'Are We Alone in the Universe?' Leaky are reporting that: 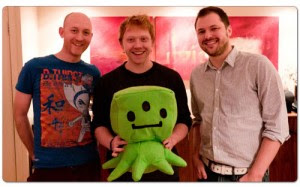 Rupert Grint is the narrator of We Are Aliens! Deep in the heart of London Max, Paul and one of our 3.0s met Rupert to record the soundtrack to our new Fulldome show that asks, are we alone in the Universe?


The show will premiere at The National Space Center this October before it is released across the UK. A picture left was included in the report.
It's nice to see Rupert HASNT disappeared from the face of the earth...
Posted by Admin, Niamh, Danaholics Anonymous at 8:40 PM