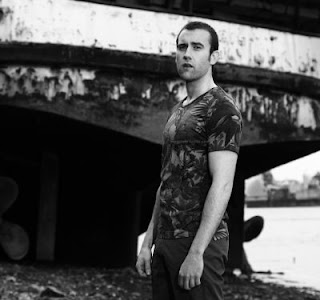 We posted some preview material to Matthew Lewis' Attitude shoot previously, Matthew himself re-tweeted the small preview by Atttitude some days ago, and a few days ago, MatthewLewis.com posted a much more detailed overview.
The writeup of the article can be read here,while scans can be found here. Left is just one image from the shoot, the other,which is almost identical to one we posted before, shall be in thne cast album. 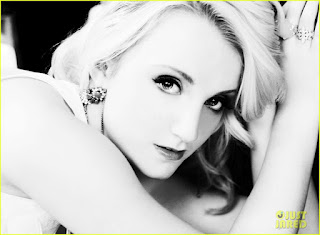 Evanna Lynch was also interviewed and photographed recently, by Just Jared. Magical Menagerie broke the news of Evanna's interview where she discussed hair dying, the-forever-rumoured-but-never-confirmed Sinbad and tatoos. Here's some snippits from MM:

“I have a guest appearance on a TV show that’s premiering this summer,” the 20-year-old Irish actress teased to us. “I’ll be in the finale episode and hopefully it’ll turn into a more regular role. I’m just really excited about that. It’s a great series and has an amazing cast.”

JJ: You have a Michael Jackson tattoo…
EL: Yeah, I’ve had that for a while. I got that on my 18th birthday. I just always wanted a tattoo and it’s a place where I don’t see it so I don’t ever get tired of it. I think it’s fun because people don’t expect it of me.

They also took photos of the fabulous Irish actress, one of which is above right.

Seemed fitting to put these two together giving the onscreen chemistry...and the admin of both sites is the same girl!
Posted by Admin, Niamh, Danaholics Anonymous at 9:19 PM