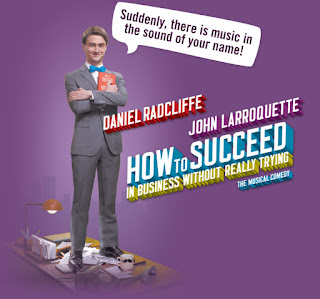 Turns out we have another final How to Succeed post- Rose Hemingway has spoken about her time working with "down to earth" Daniel Radcliffe in an interview with Broadway.com as reported on by Mugglenet. She also mentioned hanging out with Dan on occasion after the curtain fell.

Moving over to more coming to an end segments, ANOTHER NICE NOMINATION for Deathly Hallows Part 2, this time by The Art Director's Guild Awards. Magical Menagerie are reporting that the astounding movie is up for "Excellence in Production Design for a Feature Film in 2011 under the Fantasy category". GOOD LUCK!
Snitchseeker have just updated to say that Visual Effects are down to the lAST 10 FOR THE OSCARS!! YAY!

On that note, Visual Efeects Supervisor Tim Burke has been chatting about his job on Deathly Hallows Part 2, Mugglenet are reporting today. Read the full interview here.
Posted by Admin, Niamh, Danaholics Anonymous at 10:31 PM