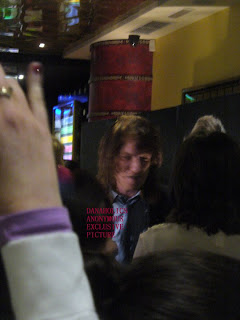 I just watched the Irish chatshow The Late Late Show, where Domhnall Gleeson (Bill Weasley) was joined by his brother Brian to talk about their various projects,working with dad Brendan and upcoming stage and screen appearances.

Domhnall Briefly mentioned working on the Potter set calling it "magical", a bit cliqued, but as i've met the boy, i know he's very nice. He also spoke of how he fought for the part;

"it was great.just a tiny part.but i love the books.read them all.being chasing it for awhile.have the red hair you know".

He continued saying how he became a big child when given his first wand;

"you can tell the new person on set. *makes poof sound*".