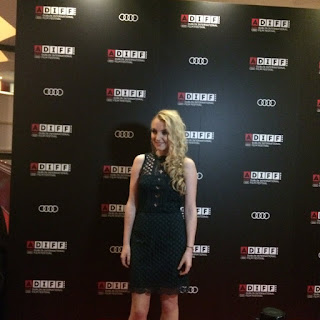 Thanks once again to a phenomenal local Dublin film festival, I had the opportunity to finally see My Name is Emily starring none other than our own pixie-like talent Evanna Lynch. I had been desperately waiting for the chance since even the crowd-sourcing stages and especially since I didn't get the chance to see it at the west coast's premiere culture festival, Galway Film Fleadh; and by Jove it didn't disappoint.

My Name is Emily follows the complicated struggles on one young teenager named 'Emily' as she tries to come to terms with family tragedy and teenage fitting-in in general. Her path is made somewhat easier when she meets similarly unusual and disillusioned Arden (played by relative newcomer George Webster) and they take off on a suitably coming of age adventure of self-discovery.

The story is beautifully told through Emily's own struggles of identity (spoiler, her name isn't actually Emily) and sometimes reluctant explanation for why she is living where she is living and so forth. You can tell from the touching opening inner monologue,  delicately delivered by Evanna, that this a unique and thoughtful young girl, who feels drowned by what is happening around her. This image of drowning is used repeatedly but not over-used throughout the film and in some cases actual submersion in water is what allows Emily to block out the world and be alone with her thoughts. It seems that she has taken on some theories of her father's regarding being vulnerable to drowning/death as being the only time we feel alive, as well as them both as people being "full" of water. The film is shot across the country of Ireland and is a great showcase for the country  and  for visual as well as metaphorical beauty.

Webster provides witty and sweet support, as well as being a sounding board for the often self-turned and in denial Emily. They're chemistry is lovely and is based on a mutual understanding of the disappointment we all have when we finally realise our parents aren't perfect, rather than a boy fancying a vulnerable girl and expecting something out of the bargain. Although Michael Smiley and other supporting cast barely appear, they provide good performances.

The film was shown as part of 2016's Audi Dublin International Film Festival on 24th of February at 6pm in Dundrum's Movies@Dundrum cinema. Attended by a fair amount of crew, including the two producers Lesley McKimm and Katheryn Kennedy who gave a lovely introduction to the film, it was an almost completely full screening that arose great applause. What I found to be very touching was the inclusion of a quote from lost star Alan Rickman supporting the film (below). 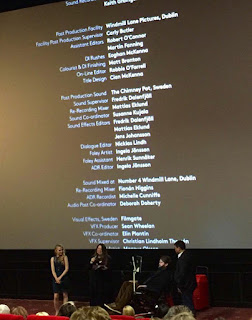 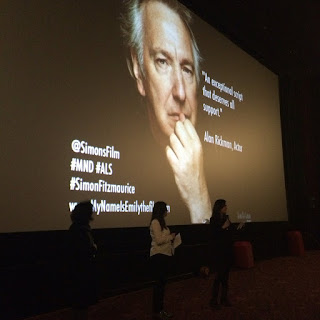 Evanna and inspiring director Simon Fitzmaurice appeared for a post-screening Q&A (above), which unfortunately I had to leave before it kicked in, but I will source some information about it. Lucy Hawking also attended to show her support for those who overcome Motor Neuron Disease to accomplish greatness as Simon Fitmaurice has done with this film. You can find out more about this great director here. 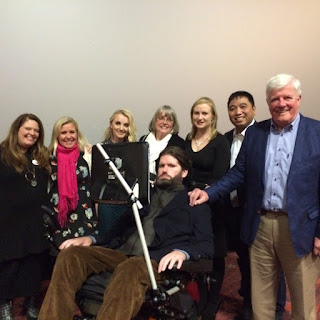 My Name is Emily is out in Irish cinemas April 8th.

UPDATE:
Some video footage has been revealed from the festival. The day synopsis is available here and My Name is Emily coverage starts at 1:16. Evanna's appears at 1:41.

Another review is available here.