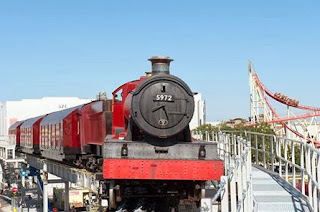 As we're still catching up on Decembers news (I was working full time in a Department Store in the run-up to Christmas) there will be quite a few news stories summarised in this post. If you want to find out more about any story there will be a link available.

Firstly, On December 19th it was announced that the Wizarding World of Harry Potter theme park's first convention (which will occur this month) had been given it's first guests. Among the confirmations was awesome lady Evanna 'Luna' Lynch and the Phelps twins.

Further to this announcement, speculation began on December 28th that Devon Murray, who played Seamus Finnegan in the series, would also be in attendance:

Really looking forward to going to Orlando Fl in January for a weekend and then again in February for a week holiday with @JenMoore_x
— Devon Murray (@DevonMMurray) December 28, 2013

On the note of Devon Murray, he also tweeted recently about finishing a movie and has new management listed on his twitter page. Good luck to the boyo!

For more on the event head to  our previous posts here and here, here and Snitchseeker's post here.

In other theme park news, the first promo for the Hogwarts express is above left.
Also, there is a diagon alley construction video below:

As well as the first promo: 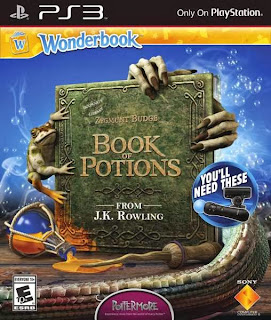 In merchandise news, The Book of Potions was released just before Christmas. It can be purchased in the US here, UK here and a short synopsis is below:
Enjoy an entirely new creation from the imagination of J.K. Rowling, set in the world of the Harry Potter stories
• Journey through a mysterious, enchanted garden, guided by Zygmunt Budge - an accomplished potioneer
• Overcome dangerous obstacles and thrilling challenges to find out if you have what it takes to become a potions champion as you compete for the elusive Golden Cauldron
• Tilt, touch and rotate your Wonderbook, and use your PlayStation Move motion controller to chop, crush and grind ingredients for your magical concoctions
• Integrate your Hogwarts house and use your very own wand when you link to your account on Pottermore.com - the free, immersive and interactive website from J.K. Rowling.

In other merchadise news, there has been a Harry Potter Hogwarts Collection new Blu-ray set confirmed, out February 25. More info here. It doesnt seem to be available outside the US however.
Posted by Admin, Niamh, Danaholics Anonymous at 6:12 PM