Potter: Pottermore Goblet of Fire Open to EVERYONE! Quidditch Through the Ages Film?Canada to Get Exhibition & More. 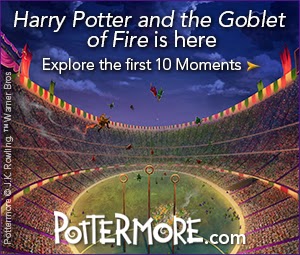 Mugglenet are reporting today that after a few exclusive hours for Hufflepuff's Goblet of Fire is now open to EVERYONE on Pottermore! 10 new moments are ready for your viewing at Pottermore.com.


In other Potter news, Harry Potter: The Exhibition will be moving to Canada this November. It will open on the 23rd of the month in Edmonton, Canada:

Starting November 23, 2013 and running through March 9, 2014, the worldwide museum exhibit will be located at TELUS World of Science – Edmonton.

Get your tickets here. 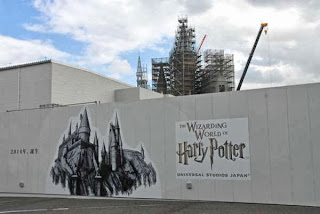 In theme park news, Japan's Potter theme park is well underway for a 2014 opening with construction photos of Hogwarts Castle and Hogsmeade emerging. Check out one right and more here.


Finally, in other exciting developments, rumours are circulating of a Quidditch Through the Ages film in the works. Suspicions first emerged when J.K. Rowling signed a deal with Warner Bros for a new series starting with Fantastic Beasts and Where to Find Them. But now rumours are after going into overdrive because Warner Bros have now trademarked the other two books in the Hogwarts Library set: Quidditch Through the Ages and The Tales of Beedle the Bard, according to Snitchseeker.
Posted by Admin, Niamh, Danaholics Anonymous at 3:55 PM