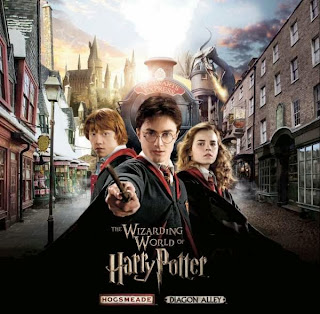 The new advert (left) for the Wizarding World of Harry Potter theme park confirms suspicions that the new Diagon Alley area of the Orlando Florida park will open Summer 2014.
In other fan event news, more info on the Harry Potter exhibition's visit to Canada has emerged. Snitchseeker are reporting that alongside the exibit of props and costumes from the film series, there will be adult nights and birthday party arrangements available to book.
More at http://t.co/ZvdNIazzWz .
In convention news, Bonnie Wright has confirmed for HogwartsCon which will be held in Brazil November 23rd and 24th.
Leaky have also posted all the details for their next LeakyCon. Read more at http://t.co/8s3iax87 .
In Potter film news, the last film, Deathly Hallows Part 2 will premiere on ABC Family November 30th.
Finally, you can pre-order the newest UK Potter set at http://t.co/maUIGnATrh .
----------
Sent from my Nokia phone