Snitchseeker are reporting that Pottermore has included more languages in it's repertoire of moments as well as new audiobooks. There are to be six new languages on the main site; Danish, Dutch, Polish, Portuguese, Portuguese (Brazil) and Swedish. Furthermore the audiobooks will now be available in Danish, Dutch and Polish, and the first two stories are available in Portuguese (Brazil).

In other Potter related news, Warner Bros Studio Tour: The Making of Harry Potter have announced that tickets for next year are now on sale as well as some upcoming events. which can be seen below: 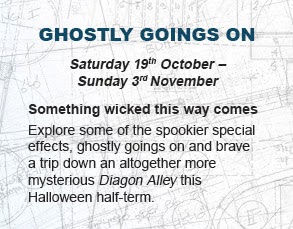 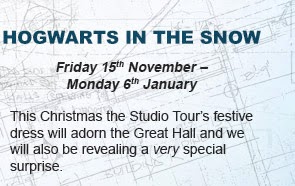 Finally, it has been revealed that visitors to the Harry Potter Exhibition, currently in Tokyo, have the chance to win signatures by the Phelps twins:

In celebration of having attracted over 300,000 visitors in its Tokyo venue alone, Harry Potter: The Exhibition has announced that for those who purchased tickets to see the exhibit anytime between September 17-29 in advance will be eligible to win Harry Potter memorabilia signed by actors James and Oliver Phelps.