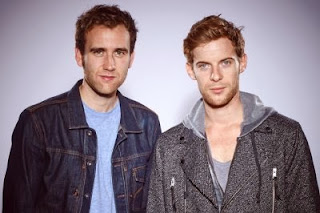 Wasteland/The Rise starring Matthew Lewis is now out in UK cinemas and leading up to this, Matthew did several interviews, both printed and video/audio. We will be posting some interesting quotes and any videos below.

F3S: How do you feel about the next movie that JK Rowling is going to be working on?

ML: I don’t know much about it. I haven’t read the book, and I’ve only glanced at the story for a moment but yeah why not? It was such a vivid world that she created, and there was so much there to explore. It was such a massive universe. I think the fans would welcome any new addition to the world. Star Wars has done it for nearly 40 years, with all their spin-offs because that the world was equally vivid. I’m sure I will see it.

Flicks and the City


Matt Talks about difficult night shoots with the Belfast Telegraph:


“The long days were tough but the night shoots were the worst,” the actor admitted. In one scene, he had to punch someone. “It was tough. The sun was setting and we had 40 minutes max. Everyone was getting more stressed, and I had to work with the stuntman to punch him without punching him. I actually punched him in the nose three times and kneed him in the balls twice,” he said.

Empire Podcast Available here with Matt's interview 23:15 – 37:45. Thanks to ML.COM for the tip! Our post pic is of Matt and Rise co-star Luke Treadaway from the meetup withn Empire. Podcast now below also:


About The Rise to Digital Spy


“Rowan attracted me to it, meeting him and hearing what he wanted from it,” the former Harry Potter star said. “He didn’t want it to fall into that group of being the same old South London hoodie or football hooligan story, he didn’t want that. We don’t have any guns in it, we tried to keep it as much to his experience of growing up in Barnsley as possible.”

About fears of being re-cast for Prisoner of Azkaban:


“I shot up in height and lost a lot of puppy fat and I wondered if they were going to recast me – we were only contracted to two films at a time,” he told The Big Issue. “I thought, are they going to recast me? It didn’t keep me awake at night but I considered it a possibility.


Finally, if you are in the UK and wish to win the film on DVD, check out this Hey You Guys competition!
Posted by Admin, Niamh, Danaholics Anonymous at 8:03 PM