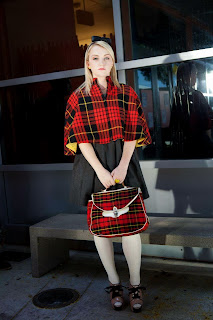 Since fans tend to put these two together, I put their newsstories together.
Evanna Lynch plays "uber-Christian Mckenzie" in the upcoming teen comedy G.B.F. and in honour of her birthday yesterday their facebook and twitter revealed a new image of the actress in the role which can now be seen left.
In other Evanna news, Snitchseeker are offering one fan the chance to win a replica of Evanna's wand from Harry Potter. Find out more here.

Matthew Lewis has tweeted that he is set to participate in the Great North Run for charity. He has posted an image of himself during training and has promised to post a link to where you can sponsor him shortly, so we'll keep ya posted!
For a lovely article on the upcoming The Rise/ Wasteland click here.

UPDATED:
Matthew has posted the link to donate (click click) and you can also donate by text: