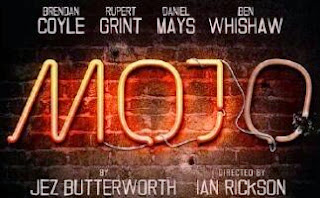 Great news for Rupert Grint fans came from Snitchseeker last night. He has been confirmed for Mojo! Previously we reported that Rupert was allegedly in talks to star on the West End stage in this gangster play, but now the redhead has been confirmed to have signed in and will appear at the Harold Pinter theatre from October 26th!

Tickets (limited according to the Website) don't go on sale til September, but one can sign up to be in line for cheaper preview tickets here.
The play is summarised as follows:

Set against the fledgling rock ‘n’ roll scene of 50s Soho, this savagely funny play delves into the sleazy underworld and power games of London’s most infamous district.

Rupert is, according to RupertGrintUS to play Sweets. Not much is known about the size of the role except for these tidbits from Snitchseeker: 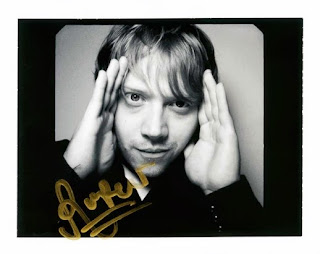 In other Rupert news, you can win a signed Polaroid from his recent shoot with Rankin for Hunger Magazine. To win simply email the answer to the question below to editorial@hungertv.com:

WHAT WAS THE NAME OF RUPERT’S FIRST FILM OUTSIDE OF HARRY POTTER?

In other photoshoots, Rupert recently posed for FHM. Neil Bedford, who was doing the photographing, tweeted:

You do Ron Ron Ron, you do Ron Ron. Great shooting a hero of mine, Rupert Grint. #ronaldweasley…

He  also posted an instagram image here. Another image of Rupert on the shoot, can be seen at RupertGrint.net here.

In other Rupert news, his post Potter project CBGB will have it's US festival premiere on October 9th and will open the CBGB Music and Film Festival.
More can be read here.

Finally, if you enjoy a good cause, this is a story for you. Rupert's lovely sister Georgina (@_jawgeenah) is raising money for Cancer Research UK. You can read more and donate here.
Posted by Admin, Niamh, Danaholics Anonymous at 11:17 PM