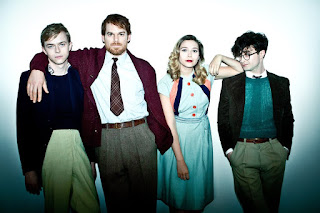 A new promo of Daniel Radcliffe and his Kill Your Darlings co-stars has been released and can be seen left.
Source: DanRadcliffe.co.uk

In other Dan news, Dan was recently caught talking about A SECOND SEASON of A Young Doctor's Notebook . The chief exec of the company Big Talk, which brought the show to our screens, retold the actor's interest and stated that good ratings make another season desireable:

“We hope to bring back A Young Doctor’s Notebook,” said Big Talk chief executive Kenton Allen. He added that Hamm and Radcliffe’s “heart is willing” but availability needs to be found in their diaries.

Finally, DanRadcliffe.com are reporting that a second Bad Teeth video with Daniel Radcliffe in it has surfaced. Dan is featured in the first 40 seconds of a video of 'how to be Danny Dyer'.
Check it out below: