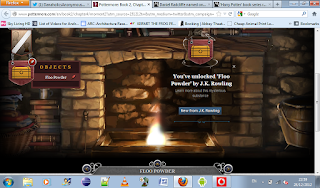 In other Potter news, Mugglenet are reporting that The Harry Potter book series has ranked one of the Best Novels of the 20th and 21st Century:


Six-hundred-twenty-five people responded to the best novels/short stories poll. People voting for the best books and short stories were given 10 votes to rate the 20th century stories of their choice and five for the ones from the 21st century.

Potter ranked 8th for PS, 21st for GOF, and 28th POA in 20th Century Poll and 6th for DH in the 21st Century Poll. You can read the list for more.
Posted by Admin, Niamh, Danaholics Anonymous at 11:12 PM