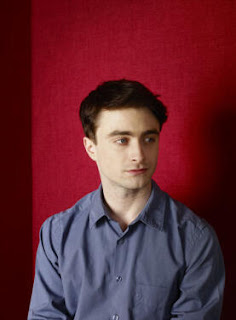 Snitchseeker are reporting today that Dan has spoken about Potter and his upcoming Sky Arts show A Young Doctor's Notebook with 'Seven' magazine. Left is just one image(personally I'm getting a December Boys vibe) whereas some quotes are below. In the interview, he joked about a hot blonde, his battles with alcoholism and playing a gay character for the first time in Kill Your Darlings.

Was it that when he was drunk he revealed a side of his personality he didn’t like? “It wasn’t that I became a nasty person at all, it was just that I felt that I was running away from thinking about things. It was a way of ignoring all my own fears about ‘Will I be able to keep going in this business after the Harry Potter series ends?’ You know, it was a way of, I think, coping with that. And it was a very bad way of coping with that.”


He’s also amusing about what it was like playing a gay man. “I was in a position that I had not been in before,” he recalls. “It was slightly odd, but that film was shot so rapidly there was no time for prudishness or for worry.” On the subject of his love life – he’s straight, by the way – he says it is much easier dating girls who are in the film world because “they can be relaxed about all the time you have to be on location, and the love scenes you have to do.

JK Rowling also participated in an interview recently, according to Mugglenet.  In it she spoke about her fascination with adolescence, writing and her now two month old The Casual Vacancy. Have a listen at CBC Radio's "Q".