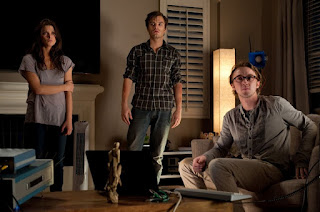 Feltbeats have posted a new image of Tom Felton from the Apparition, which can now be seen left.
There is also a new image of Matt Lewis in Wasteland now online, courtesy of the film's twitter.This is now below right. 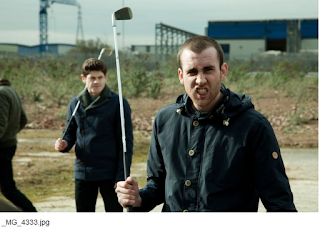 Potter alumna Katie Leung has been confirmed to star inhttp://www.blogger.com/img/blank.gif a mini-series for Channel 4. The series is called Run and Katie plays Ying and more, quoted by Snitchseeker, on her role can be read below;

Ying (Katie Leung) is an illegal Chinese immigrant who sells pirate DVDs and stolen phones on the streets of Brixton in hope of making a life for herself in the UK. But first she must pay her debts to the Snakehead gang who smuggled her into Britain. When an immigration raid leaves her with no frihttp://www.blogger.com/img/blank.gifends, no home and no money, an unlikely love story begins which could offer Ying a way out.

Bonnie Wright has begun work in New England on Shakespeare's Daughter, according to . She set up a new twitter @thisisbwright where she confirmed this project: