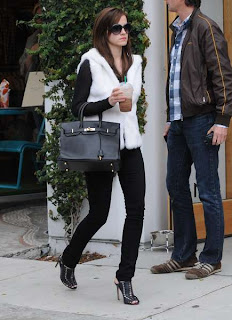 In recent times, various cast members (the lead DA members if you will), have been busy on Post-potter projects. Matthew Lewis' show The Syndicate is currently airing every Tuesday at 9pm BBC1. Dan is busy in New York filming Kill Your Darlings, and Emma is in LA filing Bling Ring.
Now we have some new images for you.
Snitchseeker posted new photos and information from the LA street shoot and Lynwood Women's Prison and one of the pictures from the streets of LA is left. The rest can be found here in our Cast album.

Emma herself has been tweeting about the experience;

Filming 'Bling Ring' is going great. It's so amazing to get to play a real character. And I get to be funny! Awesome! As Israel Broussard would say, 'We are slaying this!' Thanks for all the good luck messages. 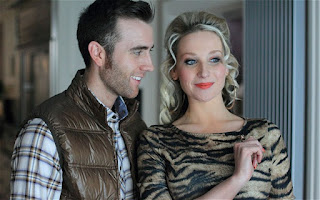 Matthew Lewis.com have posted some links to new articles about and with Matthew Lewis. XCity and Culture can be read here and Matt appears in the magazine on page 72. If you cannot access it, head here to view in on MatthewLewis.Com' Press page. The leading Matt fan website also posted a a link to a telegraph article which can be read here. This includes a photo with his on-screen sister in law, which is now right.
Matthew Lewis also returned to Leavesden Studios, and the official WB Studio Tour twitter posted a nice image which will be in the cast album shortly.
About the experience he tweeted;

Thanks to everyone at the @WB_StudioTour for a great morning. Check it out if you're down that way, folks

Rupert Grint's next project, a voice on the upcoming Postman Pat movie has gotten a release date of 24th May 2013 according to RG.NET.

Finally, Dan has been continuing his Kill Your Darlings filming and DR.CO.UK had some material on that.
They posted some videos of him filming at Columbia University in New York here. which can be seen below;