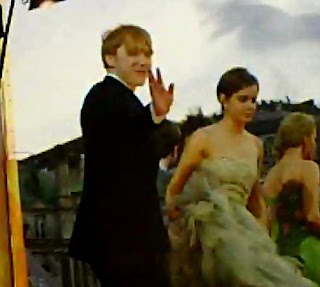 I could see this one coming a mile away as this story progressed since we first broke the news in February, but RupertGrintUS have now confirmed that Rupert will indeed attend the Red Carpet Grand Opening of the Warner Bros Studio Tour in Leavesden,London!
As commitments built up for the primary cast members, it looked bleak and our last hope lay with Rupert here at DANAHOLICS, although we were worried about Into the White promotion continuing.

"we have just received confirmation from his reps that Rupert Grint will be attending the ...Opening Ceremony".

What does this say for a British/Irish release date? I will ask him fo sho! We will of course be there to cover the event!