Into the White Norway Promo-In a Few Days 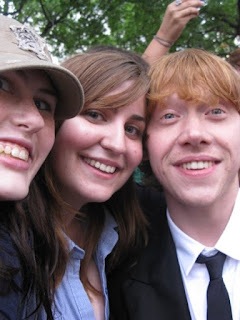 Being Ron Weasley's birthday tomorrow, I want to remind everyone that the Into the White promotion is starting soon;
Snitchseeker posted this info; "The film will have its world premiere this Sunday, March 4, in Oslo, which Rupert will be attending, as well as a premiere at the Colosseum Kino on March 6. Rupert will also be heading to press conferences in Oslo on March 5, and in Bergen, Norway, on March 7."
RupertGrintNet were first to post and had a little additional info about the March 6th screening;

"Rupert will then announce the movie at a special gala viewing at the Colosseum Cinema in Oslo on March 6.

" We light the torches and invite a large audience to party view at the Colosseum! Go the red carpet along with Rupert Grint and the other movie's actors. Rupert Grint will introduce the film and give away signed movie posters to some lucky winners! "