SNITCHSEEKER have posted several new Deathly Hallows Part 2 promotional and behind the scenes images which will soon be visible in our galleries.

In other Deathly Hallows 2, a few new extras have been released online, including this Tribute to Dobby released by snitchseeker which can now be seen below;


Another was released by WARNER BROS in conjunction with the dvd release in The UK. Mugglenet were the first with this deleted scene, which can now be seenb below,and will later appear on our youtube;


The next and final clip is courtesy of snitchseeker and shows a new angle on the Ron/Hermione kiss. If i remember correctly, this was shown to those attending the London premiere back in July. 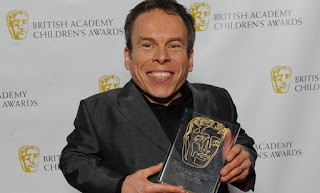 Finally in Deathly Hallows Part 2 news, it has won 2 awards at the Childrens Baftas.
Magical Menagerie broke the story of the first award, but Mugglenet were the first with a picture of Warwick Davis (left)attending the event. Videos and audio followed from Magical Menagerie and Mugglenet. The videos can be seen here and here.