DANIEL RADCLIFFE HAS MADE HIS FIRST CD, WITH THE CAST OF HOW TO SUCCEED. RELEASE SET FOR MAY 24TH 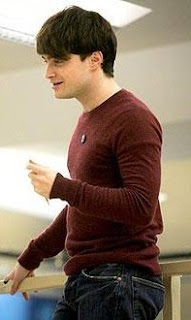 Playbill.com have announced that the current cast of HOW TO SUCCEED IN BUISNESS WITHOUT REALLY TRYING (which includes our own Daniel Radcliffe) recorded a CAST ALBUM back in April, which will be released in digital form in May, giving Daniel his film musical album :)
This will be a great chance for those,like me, unable to see the show to hear the musical numbers!

"The Broadway revival cast album of How to Succeed in Business Without Really Trying will be released digitally May 24 by Decca Broadway, prior to its June 7 in-store arrival.
Playbill.com broke the news April 11 that the new cast album of How to Succeed would hit brick and mortar stores June 7 on the Decca Broadway label. Grammy-winning record producer Robert Sher produced the album of the Frank Loesser score. Representatives have just announced that the in-store arrival will be preceded by the May 24 digital release. The album was recorded April 11."

Click on the title for the full article.
Posted by Admin, Niamh, Danaholics Anonymous at 4:59 PM