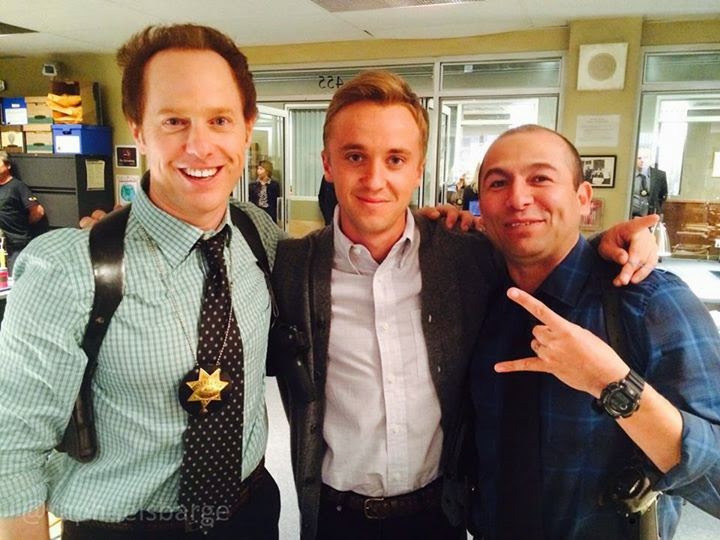 In Tom Felton news, Murder in the First has officially wrapped according to writer/producer Eric Lodal and will be on U.S. TNT screens  and Bravo in Canada from June 9th ! Hope it crosses the Atlantic at some point :). Actor Raphael Sbarge posted the image (left) from the set two days ago.

Feltbeats' Rotae has now seen Belle and wrote a lovely mini-review via Tweets:

Cannot begin to tell you how brilliant #BelleMovie was! Intelligent, thoughtful and utterly beautiful. We cried more than once! #SEEIT

Gugu Mbatha Raw was utterly flawless. Dido was so sharp and on point. And the symbolism in the art spoke to me so much. #BelleMovie

Plus, @TomFelton totes rocks the stockings AND makes you want to punch him in the face super hard! XD #signofagreatjob #BelleMovie

In other Tom news,  he appeared on CBS' The Late Late Show and CBS have posted a new backstage image here.
Posted by Admin, Niamh, Danaholics Anonymous at 1:42 PM