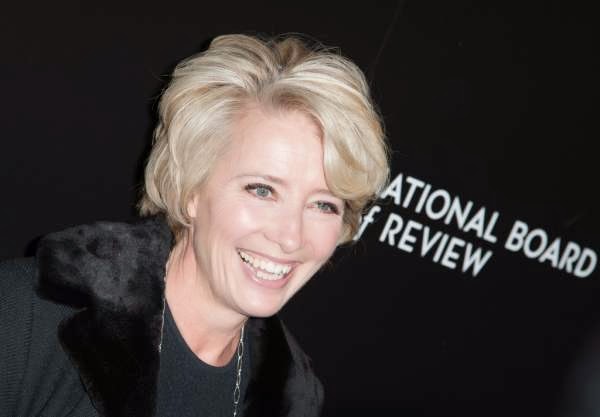 We would like to offer a big congratulations to former Potter cast and crew including Emma Thompson and producer David Heyman for their BAFTA nominations.

Two of those mentioned above, Emma Thompson and David Heyman, already won an award for their work on  Saving Mr Banks and Gravity  respectively. They recently attended the National Board Of Review awards in New York City to pick up their awards. Above is a picture of Emma Thompson at these awards.

Alonso Cuaron also picked up another nomination, for Best Director at  Directors Guild of America awards!

In other cast news, Voldemort actor Ralph Fiennes' latest venture, the Grand Budapest Hotel has had a clip released, featuring our favourite flatnose villain! Check it out below:
This film looks like a good one!

Also in new projects, Natalia Tena (who portrays Tonks in Potter and is even in Game of Thrones) has wrapped recently on Residue, which also stars Wasteland/The Rise and Misfits actor Iwan Rheon. A synopsis can be read here.

In other recent projects, Ollivander actor John Hurt did a voiceover on Andy Murray's story, and you can check out The Day We Won Wimbledon on the BBC iplayer.
Posted by Admin, Niamh, Danaholics Anonymous at 4:52 PM