Dan to Star in Frankenstein? Doctor's Notebook to Be Released in Germany/Latin America, Attends Get Connected 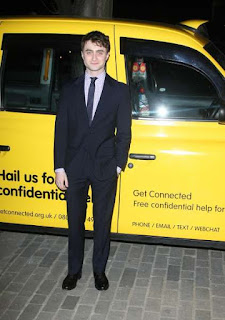 Daniel Radcliffe is in final talks to star as Igor in the latest Frankenstein adaption, according to DanRadcliffe.co.uk:


Variety is reporting that Daniel Radcliffe is indeed in final talks to star as Igor in a new adaptation of Mary Shelley's Frankenstein. Paul McGuigan is set to direct and Max Landis will helm the screenplay.

Please note that this is by no means confirmed. We will update when more info emerges.

DR.CO.UK are also reporting that Daniel's TV show A Young Doctor's Notebook is to air in 3 more countries.  HBO Latin America, RTL Passion in Germany and Yes in Israel have bought the rights to the show.

a NEW behind the scenes video of Daniel has also emerged from his OUT magazine cover shoot:


Finally, Dan continued his presentation rounds with Get Connected . Danradcliffe.com made the initial report, but as their site is down, the image (above left) of Dan co-hosting the event for charity Get Connected comes from Snitchseeker. The charity provides a confidential helpline for young people in the UK.
This confirms his return home and most likely the beginning of prep for his new play which we are very looking forward to seeing in June!
Posted by Admin, Niamh, Danaholics Anonymous at 8:38 PM