Trio To Participate in Olympics 2012 Celebrations, Matt Lewis to Appear on WestEnd 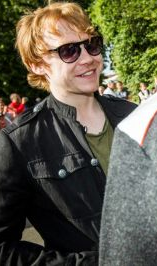 Rupert Grint,Emma Watson and Daniel Radcliffe are to re-unite(sort of) to help celebrate the London Olympics this summer!
The Wonderful RupertGrint.net reported recently;

ScreenDaily is reporting that Rupert Grint will join Harry Potter producer David Heyman and Josh Berger from Warner Bros. UK to talk about the Harry Potter phenomenon. The talk is part of the UK Trade & Investment's international business legacy program during the Olympic Games.

The event occurs, quite fittingly, on July 31st, but is unfortunately "a private event for business leaders only". OH WELL! Calm your disappointment with this lovely picture of Rupert from RG.US of him at the Goodwood Festival of Speed where he was to be seen:

"in the passenger seat of the McLaren MP4-12C that’s currently being driven very enthusiastically!”

The other members of the trio, Dan and Emma, will also participate in an Olympics-geared event, via a previously recorded video., Magical Menagerie who got the scoop reported;

A video featuring stars including actors Daniel Radcliffe and Emma Watson, musician Gary Barlow, boxing star Amir Khan and comedian and actor Simon Pegg will be played at the end of Olympic events. The five-minute video will be played on screens at a number of venues as spectators leave.

In the video Emma says: “I hope you had an awesome time, keep loving London.” They did not reveal Dan’s message.

The video will probably be later released,we will keep you posted! 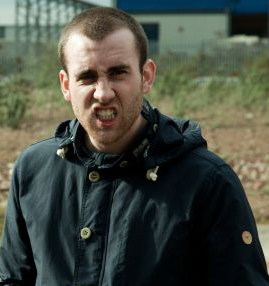 Matthew Lewis has announced himself that he will star in the West End! Our boys is to run 26 September to 15 December this autumn/winter and also stars Doctor Who star Arthur Darvill. The Story is as follows;

Five young soldiers are killing nothing but time as they recover from injuries incurred in the line of duty. Suddenly, their daily routine of TV, lonely hearts ads and banter is shattered by the arrival of a young officer. The camaraderie of this unlikely band of brothers is soon jeopardised by a dangerous incident and an act of betrayal.
With charges of misconduct looming, accusations fly – and the fighting really starts. Fired by anger at the neglect of our wounded heroes, OUR BOYS remains as relevant now as was in 1993, when it won a Best New Play award. This first West End production comes from the creative team behind international hit Journey’s End.

For more information and tickets, go to the website here.
Posted by Admin, Niamh, Danaholics Anonymous at 3:05 PM