New Projects For Dan Radcliffe: Confirmed for 'A Young Doctor's Notebook' and Rumoured to Voice a Guillermo Del Toro Character 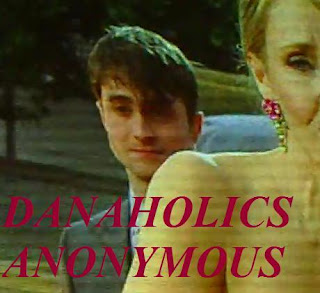 We reported previously that Dan was rumoured to be appearing as a young doctor in a UK tv series, and now DR.COM have confirmed this for us!
Dan will play the young version of a doctor to be played also by John Hamm in the 4-part mini-series that is to be based on a set of Russian short stories by writer Mikhail Bulgakov set during the Russian Revolution. It is described as a "comedy drama" by DR.COM, the leading Dan site, who sourced the story from Variety.
Dan is quoted as saying;

"I have been an obsessive Bulgakov reader for a couple of years now so when the opportunity to become involved in this project came up, I could barely contain my excitement.

"The book is funny, grotesque and heartfelt in equal measure and I look forward to working with a great group of people to help bring it to life."

In other Dan news, DR.CO.UK are reporting that there are rumours online of his first animated feature. He is apparantly "in talks" to take part in a Guillermo Del Toro adaption of Pinocchio.
Stay tuned for more! Meanwhile you can read the Indie Wire article here.
Posted by Admin, Niamh, Danaholics Anonymous at 11:02 AM