Bonnie Wright and Matthew Lewis New Films For Cannes,Perks of a Wallflower Trailer for MTV Awards 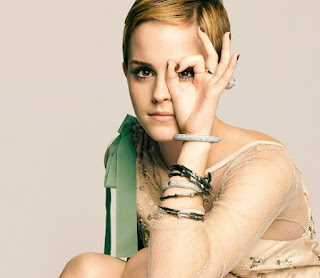 Twitter is a fabulous source for news from official souces this week. @Seperatewecome, the official twitter for the Bonnie Wright directoral debut Separate We Come, Separate We Go which she and David Thewlis star in, announced quite some time ago that they were heading for Cannes and now they are informing us of the date;

All Cannes goers Separate We Come, Separate We Go will be screening at Short Film Corner 16th-26th May in the Palais!

Matthew Lewis' first post Potter flick, Wasteland is also hitting the world famous film festival this year,according to the twitter of the film;

Wasteland is off to #cannes2012 with @Molifilms

Finally, Twitter informed us all that Emma's upcoming release, The Perks of Being A Wallflower, will have it's first trailer premiered at The 2012 MTV Movie Awards. The actress herself took to twitter saying;

#PerksOfBeingAWallflower Trailer is going to show at the @MTVMovieAwards pre-show!

She also let us know she and her POBAW film co-stars, Erza and Logan would be there to present! Stay tuned for video and images!