EXCLUSIVE BREAKING NEWS; Grand Opening for WBStudioTour to Include a Red-Carpet Event!UPDATE:You can win tickets for a special area 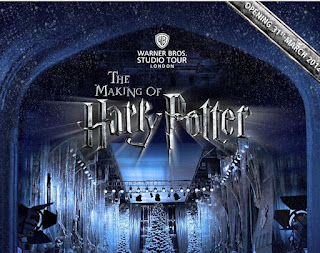 Warner Bros emailed me recently asking me to call them for information on OPENING DAY. I had previously requested information and got no reply.
Here is the news;
there is to be a "red-carpet event" being held in the afternoon for the official opening. They previously had decided against it, but have changed their mind. They didn't reveal too much (and I'm sworn to secrecy anyhow) but they said they will release an official statement to the press "shortly" and it will appear on their twitter and their website.
KEEP YOU POSTED!

Reminding you of course that we will be in attendance opening day and will bring you exclusive pictures etc from the awesome studio!

UPDATE 11TH MARCH
Nearly a month ago, we exclusively broke the news that for the Grand Opening of the WB Studio Tour, there was to be a red-carpet event. There still hasn't been any word on who's attending (we have speculated on this ruling out Dan,Emma,Matt Lewis,Tom Felton and the Phelps twins) but WB just updated the tour website offering you the chance to win 1 pair out of 250 pairs of tickets for an exclusive section of the red-carpet! More details can be found here.
Posted by Admin, Niamh, Danaholics Anonymous at 4:09 PM