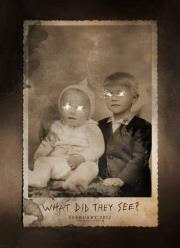 After Rupert Grint US ANNOUNCED awhile ago that Rupert's upcoming release Comrade was getting a new name Into the White all of us were a little confused. But along with a few hints about more info about the film (They attended some previews in Stolkholm today) they let the director, Petter Naess explain:

“Comrade was a great title for an exciting and incredible story from the Second World War. In the film’s post-production, we have reached the conclusion that Into the White is a title more fitting for the film. It has a nice ring to it and is more precise with respect to the film’s storyline and theme: Two British and three German pilots who shoot each other down and land in the Norwegian mountains during the winter where they encounter a white and unknown landscape both when it comes to facing nature and the enemy.”

In other after harry projects, Daniel Radcliffe is getting praize all round for his upcoming febuary release, The Woman in Black, the latest coming from Yahoo! .If this interests you, keep an eye on the US twitter as they update on press regularily,or just follow us!

In other Woman in Black buzz, the US FACEBOOK has just launched a new contest to win 4 tickets and accomo to the London Premiere, but DON'T GET TOO EXCITED if you live OUTSIDE THE US, cause we can't enter! For those of you eligible, GOOD LUCK!! Remember to include your Danaholics Admin in your 3 friends!!I considered taking a sad picture of me with the facebook page and putting it as this posts' pic,but decided I still have dignity!
More details here.
Posted by Admin, Niamh, Danaholics Anonymous at 7:17 PM